The market price average was 1.496 € per kg carcass, which is the highest level reached since 1992.

Increased demand for pork in China has made prices in France to hike constantly since mid-March 2019, climbing o an average of 1.496 € per kg carcass, which is the highest level reached since 1992. In the latest Genesus market report, Philippe Malletroit, company's Director for France, makes a short description of how the Chinese Year of the Pork was felt in French pig breeders pockets.
"Compared with 2018, the annual market price average increased by 30 cents per kg, which means a 25% increase or a difference of around 28 € (31 US $) per market hog.
Clearly, the price increase began in mid-March and reached its highest level at 1.702 € per kg (1.899 US $) in December (see chart bellow). 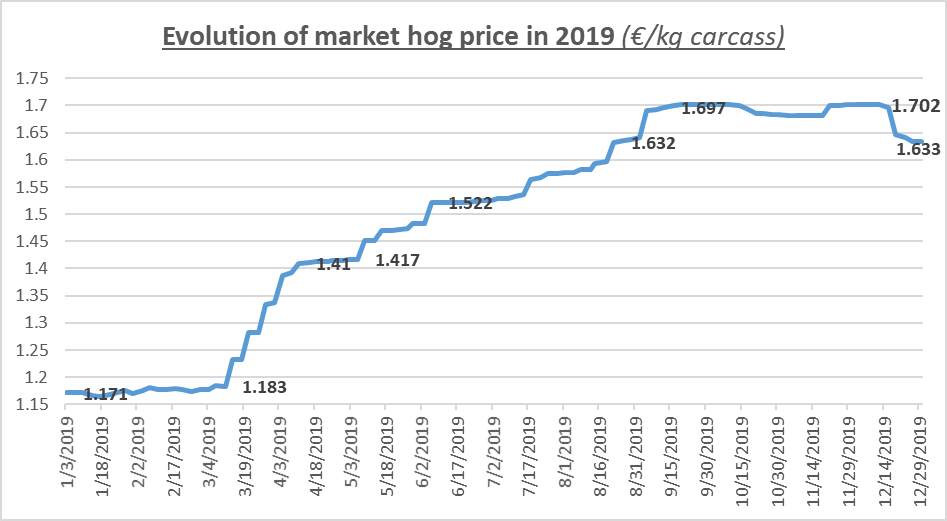 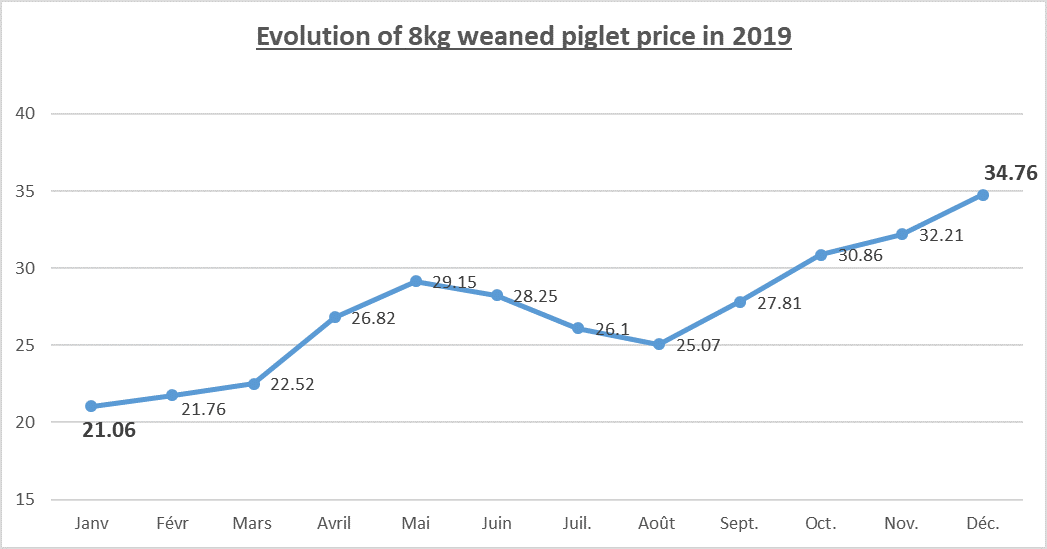 The outlook for 2020 looks promising for the industry but the biosecurity threat planning over Germany can impact the whole pork sector in Europe. "We expect hog prices to retain record levels due to the strong demand caused by African Swine Fever (ASF) in China. ASF severely affects Chinese domestic production which leaves a huge demand for pork meat and meat protein in general.

We need to pay special attention to ASF development in Europe, especially in Germany. If Germany would to get ASF disease, China will probably continue to buy pork from Germany but at a considerably lower price. This event would produce a ripple effect on Europe's pig market as a whole," added Mr. Malletroit.

Indonesia is already hit by the ASF outbreak but has new worries regarding the danger presented i...

Romania made its first step in improving animal transport legislation for the hauliers outside th...

3 planeloads of swine genetics sent from the UK to China

UK meat exports at the risk of losing the EU market