British consumers are saving money by cooking from scratch

Brexit, higher inflation and increased prices are the factors behind trends such as cooking from scratch at home.

British consumers are saving money by cooking from scratch

Almost 50% of British consumers have started to cook again from scratch due to the economic pressure they are feeling when facing Brexit, higher inflation and increased prices, according to the latest report from Agricultural and Horticultural Development Board (AHDB).
Younger consumers are driving the increase in scratch cooking, with 58% of 25–34-year-olds saying they intend to cook more meals from scratch. There is also a difference among regions of the UK, with higher proportions in London (53%) and Scotland (52%). Previously, despite a desire to cook more, some consumers were deterred by barriers such as lack of time, knowledge and confidence in the kitchen. 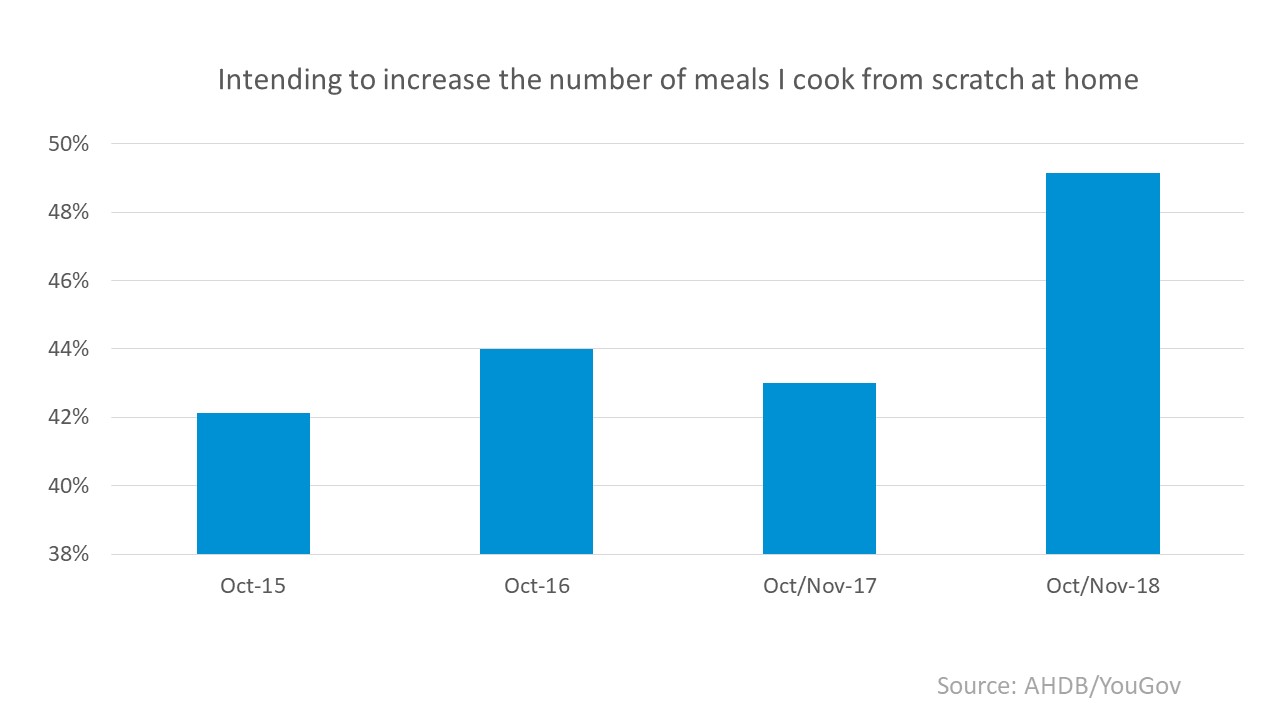 Price is the main factor that is pushing the British consumers back to their kitchen, followed eating for enjoyment and health. That is not necessarily bad news for the food industry.
A ‘recessionary-type’ behaviour will lead to:
- Less spend on pre-processed foods and opting for cheaper whole cuts of meat, or unprocessed vegetables and pulses;
- Small, affordable treats such as snacking saw an increase after the financial crash in 2008;
- Frozen foods or foods that can be frozen at home can help shoppers cut waste;
- Shoppers trading down in proteins could put continued pressure on lamb and beef but may be an opportunity for pork;
- Consumers trading down from brands to private label and towards discount stores.

The first shipment of Namibian beef has been sent this week to the United States after 18-years o...

Beef consumption in Argentina has dropped to the lowest level ever recorded in the South American...

Third US pork producer to denounce ractopamine use

Vall Companys breaks the ceiling of €2 billion in turnover