Chinese are urged to eat less pork to save the planet

Environmental campaigners are urging Chinese people to eat half of the meat they consume nowadays in order to reduce greenhouse gases emissions by 10%.

Chinese are urged to eat less pork to save the planet

"You should not eat pork in the Year of the Pig" - that is the message that environmental campaigners are trying to promote among the Chinese consumers hoping that it will convince them to reduce their meat consumption in the future.
China consumes more meat than any other country and accounts for half the world's consumption of pork, which is used in everything from dumplings and stir-fries to hotspots, according to an article published on World Economic Forum website.
At the same time, China is also the world's biggest emitter of climate-warming greenhouse gases and livestock are responsible for about 14.5% of global emissions, according to the U.N. Food and Agriculture Organization (FAO).
"Chinese emissions can be reduced by almost 10% in the next decade if Chinese people just ate half as much meat," said Jen Leung, China climate director at the U.S.-based charity WildAid. 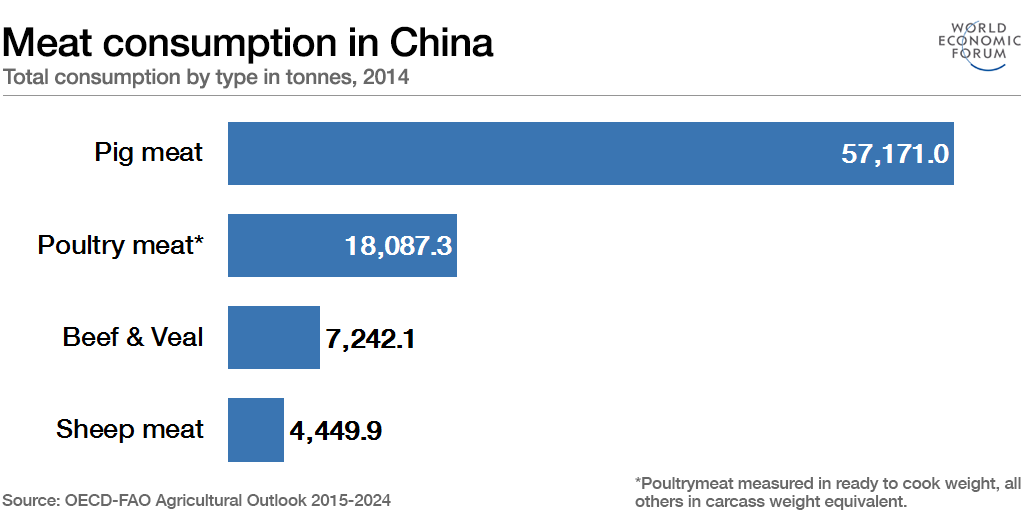 China issued dietary guidelines in 2016 recommending people halve their meat consumption - a move lauded by environmentalists as a way to cut greenhouse gas emissions as well as boosting public health.
Nevertheless, in China, meat consumption is associated with wealth and status and many experts are sceptical about a massive reduction of meat intake among Chinese consumers.

Food fraud, still a problem in the Spanish market

China is following the path of self-sufficiency in pig meat, with a rate of 100% for this year, a...

Nigeria partially opens the market for US pork

The United States now can export sausage and similar products to Nigeria, which last week announc...

Signs of consolidation in the Spanish pork industry