Crying over China. Who's losing in the biggest meat market?

A trade war is about to rise again, as meat exporters from the US and Australia are pushed back from mainland China.

Crying over China. Who's losing in the biggest meat market?

China is taking a severe approach to meat suppliers mixing the food security system with politics. During the first month of the year, several batches of meat products were rejected by the General Administration of Customs in China (GACC) of inspectors. Most of those have arrived from the US or Australia and the reason invoked by GACC was the inconsistency of cargo certification (see picture below). 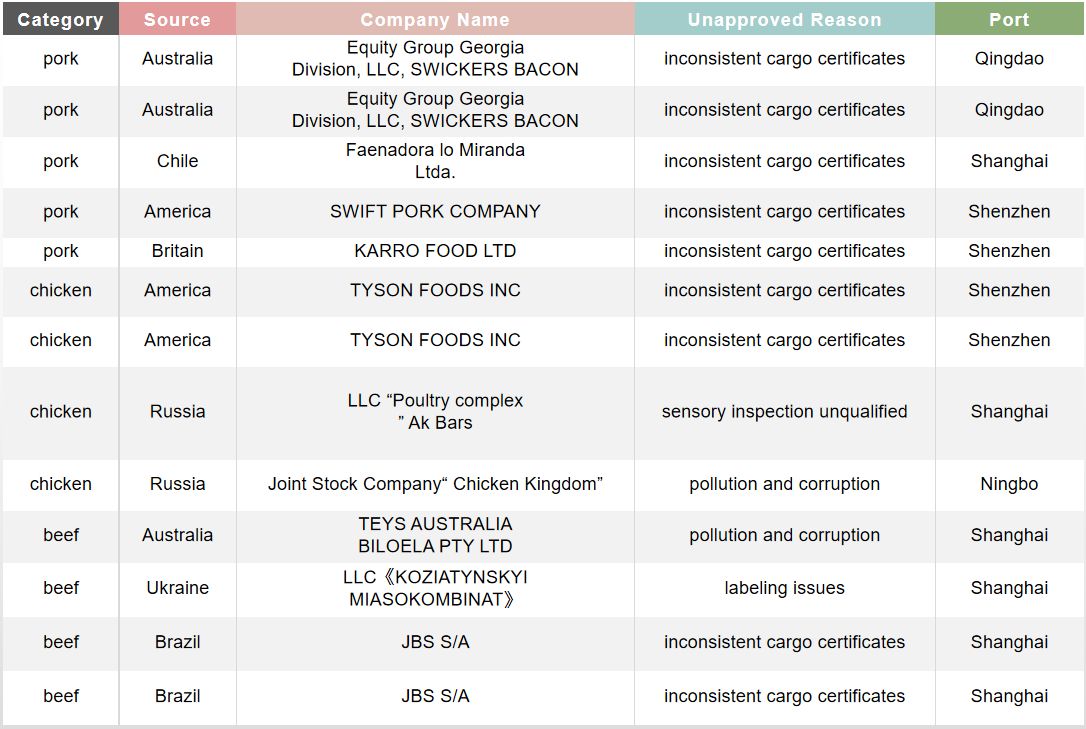 Nevertheless, US analysts have predicted a new trade war phase for this year between Washington and Beijing, while Australia has already been cut off (with 10 meat processing units suspended) from the Chinese beef and sheepmeat market in the last 12 months, due to political disputes between the parts.
Lately, Lithuania has lost access in the Chinese beef market (725 tonnes per year in export) as the EU member state is suspected of playing a duplicitous policy regarding Great China (a political view of Beijing that does not recognize the independence of Taiwan). By 2022 and 2023, the map of China's meat suppliers may change quickly, as Beijing is taking advantage of the oversupply of pork in the domestic market and new suppliers added in the beef market. chile, South American States are expected to increase their presence in the Chinese meat market, along with New Zealand, while the rest of the main players in the field may encounter new trade barriers.

A week after authorizing the first Brazilian plants to export pork, the Canadian health authoriti...

The new lockdown policy applied in China, along with ‘zero-covid’ commitment from loc...

UK Pork exports to the Philippines up on record year