Reduced demand from China and lower consumption figures in the single market are to impact the output for the European pig industry. 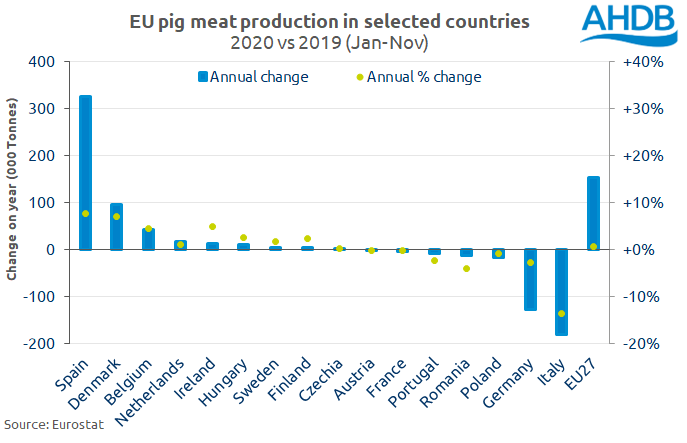 This is in stark contrast to Germany; beset by problems with African Swine Fever (ASF) in its wild boar herd and COVID-19 related processing capacity constraints, slaughter fell by 6% (310,000 head) year on year in November. Production in Germany fell by nearly 3% (128,000 tonnes) in the year to November overall. Italy has experienced even more severe declines, with production in the year to November falling by nearly 14% (180,000 tonnes).

Food waste problem to be analyzed in Turkey

Hotels, restaurants, and food services have a vital role to play in reducing food loss and waste....

Germany reports strong sales of pork in the EU

Pig prices in China have eased in the last couple of weeks due to meat reserves put on the market...