A forecast from the Belgian Meat Office shows that growth in meat consumption is higher than the one recorded in the fish&seafood sector.

A growing world population and the rising available income have generated an increase in meat consumption all over the world in 2018, according to a press release from the Belgian Meat Office.
"This evolution can be attributed to on the one hand productivity gain and on the other affordability. As a result, meat has become more accessible to many people. Meat is also increasingly better positioned on the market; better quality, convenience, and broader differentiation are driving consumption", said the organization.
Europeans have reached their peak in red meat consumption last year and from this year on poultry is going to be the protein that will increase its market share in the animal protein market in the region. 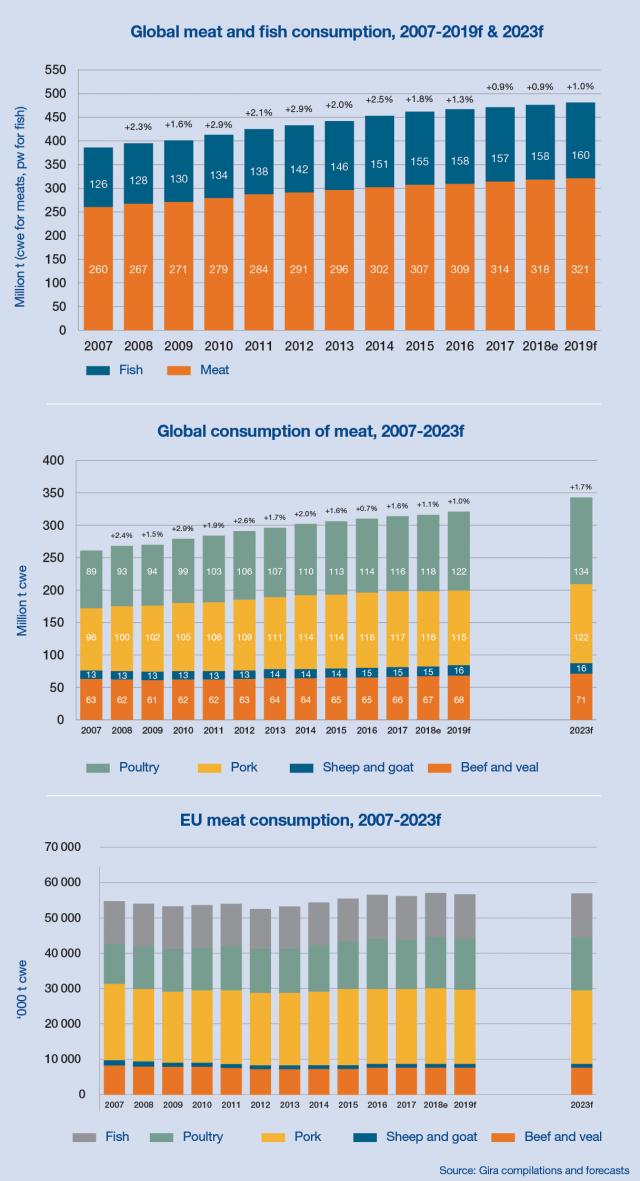 "n Europe, the recovery in meat consumption has stabilised. Until 2018, the population increase, economic growth, growing supply and favourable price led to a recovery in the consumption of meat in Europe. From 2019 onwards, the consumption of red meat is expected to fall whilst the consumption of poultry is expected to continue to rise", according to the Belgian Meat Office.
The trend was observed already in the production data collected last year in the EU, with increased poultry production reported in Spain, France, Poland, Hungary, Romania, and Bulgaria. The poultry sector ascension was predicted by Rabobank's analysts who believe that this protein will become an important substitute for pork in the markets affected by the ASF virus.

Food security may be at risk in Poland and the rest of the EU member states as a revised EU Direc...

So far, 2022 has been a challenging year for exporters around the world, and these challenges hav...

Sheep exports from Australia banned for some months

US animal protein market expects another rise in prices

INTERPORC is working with GLOBALG.A.P. in order to reinforce the IAWS certification