Establishing highest standards in animal welfare throughout the entire chain within the IAWS Technical Regulation, is of vital importance in order to promote an animal production model that adapts to the European objectives of the "Green Deal" to contribute to a sustainable future, says INTERPORC.

The Spanish white pork sector has been working for years with sustainability and animal welfare as fundamental pillars of all branches of its activity. As a sign of this commitment on the part of all the professionals in the sector, the certification seal “Welfare Commitment Certified” was born. The seal has been drawn up by the Spanish Inter-professional Agri-Food Organization for White Pork(INTERPORC), taking a further step in that firm commitment to continue improving our model production, already the most demanding in the world in terms of animal care and respect for the environment.
"Welfare CommitmentCertified" appears as an initiative and knowledge of the sector. In addition, it is endorsed and evaluated by an independent Scientific Committee of experts in animal welfare and has been tested and validated by animal rights organizations, positioning itself as one of the most ambitious European standards. 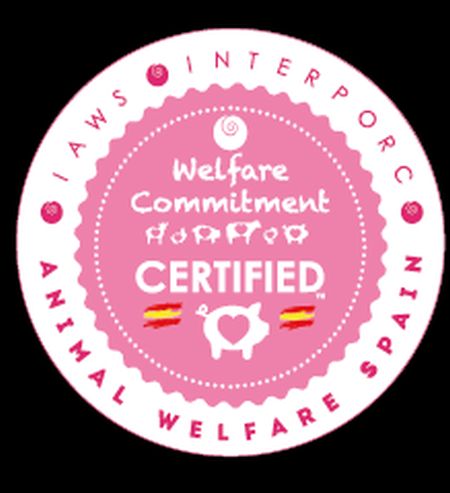 In this sense, our farmers have not only improved the facilities of the farms for the benefit of the animals but the entire production model from the beginning until the end.
In addition, the seal by guaranteeing the certification of the entire value chain of the pork sector and being animal welfare an important pillar within sustainability is in line with the “From Farm to Fork” strategy of sustainable food and serves as a tool that seeks to improve the circular economy and provide information about the origin of meat to the consumer.
These aspects provide and seek to transmit information with transparency and truthfulness to the consumer, so the actions and efforts that the sector is carrying out are communicated in order to produce in a more sustainable way, acting directly in a positive way on well-being of animals and indirectly on the environment.

Establishing highest standards in animal welfare throughout the entire chain within the IAWS Technical Regulation is of vital importance in order to promote an animal production model that adapts to the European objectives of the "Green Deal" to contribute to a sustainable future.
For more information, please check our website: https://www.bienestaranimalcertificado.com/animal-welfare-certified/

Higher feed prices have reduced profitability for Russian pig breeders and prices per kilo in liv...

The Danish Minister of Food, Agriculture and Fisheries, Rasmus Prehn is asking pig farmers in the...

Belarusian agricultural and food exports have increased by 4.9% between January-November 2020 com...

The avian flu situation in France is getting worse

Poultry prices are spiking in the Dominican Republic