Skilled personnel is hard to find and workers from East Europe are migrating to the West.

There is a labour force crisis impacting the food industry in almost every market around the. Australia is crying for personnel in farms and processing facilities, the US is confronted with the same problem as the coronavirus epidemic is aggravating and the UK seems to regret the lost workforce from the EU, as the first year of Brexit has limited the number of available workers.
However, there is one country in the EU confronted with the worst labour crisis in decades. During the last 15 years, Romania has exported workforce around the globe, and especially to other EU member states, counting at least 5 million people. Now, actors in the Romanian meat industry are starting to feel the pressure of finding the personnel needed for their operations. "We need well-trained people in the industry, but I tell you I have nothing to recruit from the market. They are not prepared, there is no training plan for them, although all those involved in the food industry are looking for specialized labor, from farms to processing", Iulian Cazacut, general manager of Doly Com, declared for the Industria Carnii magazine. He also said that there is no schooling plan for the young generation, although wages have increased and the need for personnel is elevated. "

"The technical and vocational education system in Romania does not meet the demand on the local labor market. We do not have vocational schools to prepare new generations for this industry, vocational training is done at work. Usually, employees get their training at work bat, after a while, they are tempted to look for a similar job in western countries such as Germany, Denmark, France, Spain or Italy. Basically, Romania has provided years and years on skilled workers for processors in the EU. However, now it has reached a limit in exporting skilled workers. Without a multi-annual labor market stabilization plan in which existing companies on the local market are consulted to provide the necessary staff, this industry can collapse at any time. A first step to solve this crisis is to offer tax exemptions to employees in the sector so that they remain in their current positions in companies. The example given by the exception made for IT employees is quite good", believes Eugen Capra, CEO of CARNEXPO & CAENEXPO Grill (photo). 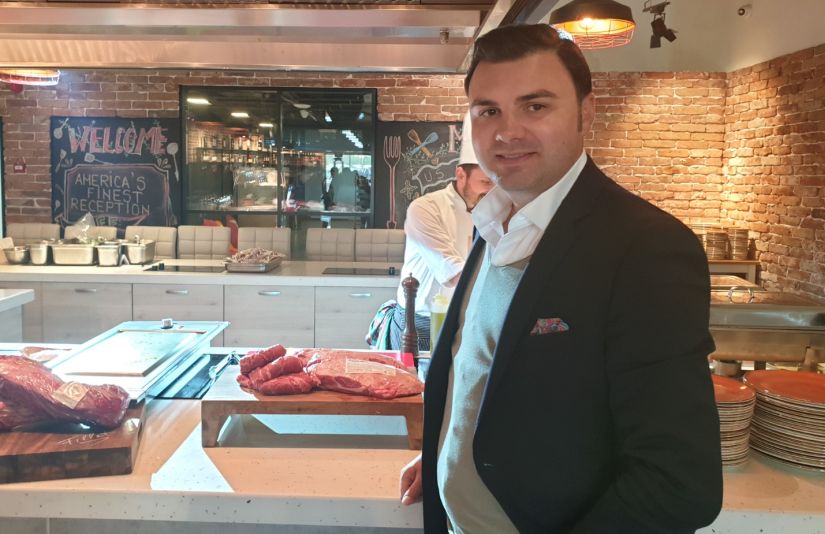 His opinion is shared by Dragos Frumosu, president of Sindalimenta: "It was a big mistake when it was decided to abolish specialized education for the industry, vocational schools and foremen schools and also when the elimination of working groups was decided. The labor market needs well-established rules because there are many companies in the meat industry that do not respect the labor norm. For example, based on accurate calculations, it has been established that an employee cuts a ton of meat in 8 hours. But there are companies that require butchers to make a double amount in as many hours. That employee will fulfill his norm only by working overtime and often without being paid the overtime value".
The chaos that surrounds the big picture in the Romanian food industry has no clear window insight, as political crises have been constantly reported in the country for the last 6 years and no clear project to stabilize the labour market hasn't been presented yet by authorities.

Efficient grazing system for the Scottish Sheep Farm of the Year

A decision to radically alter the farm’s sheep enterprise over the last five years saw them...

In order to exclude the suspicion of the presence of avian influenza, the official veterinarian i...

The virus was detected on a farm with 25,000 laying quails near the Bulgarian town of Etropole, s...